Many people seem to believe that December 21, 2012 was a “non-event.” After all the hype leading up to it, they feel that nothing happened on that long-awaited date. A global cataclysm did not occur, and many claim their lives have not changed in any way since then.

But I believe something wonderful has been happening since that date. For that reason, I invite you to ask yourself if you now feel differently than you did prior to December 21st. Ask yourself if your reactions to life have changed in any way. 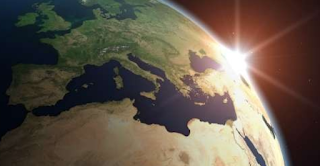 December 21st was not, and never has been, about the end of the world. Rather, it was about a surge in global consciousness. On that date, a cosmic gateway seemed to open, allowing greater amounts of spiritual energies to flow into the physical world. That gateway remains open.

How has this transformation otherwise been affecting us? In many ways. Let me describe some of them to you...
If all of this sounds utopian to you, let me remind you of the Universal Law of Attraction, which says that we attract into our experience whatever we choose to focus on.

Well, December 21st didn’t bring about the end of the world, but it did bring about an end of the world as we know it. The process of transformation now underway will continue for many years to come. We have entered a new era of human existence that eventually will lead us into a Golden Age here on Earth. In a few years, we will marvel at how much our lives and our life on Earth have changed. What a grand adventure awaits us!
Posted by resmith at 4:26 AM