What Preachers Say About Sickness

Did you have to go to church when you were a kid? 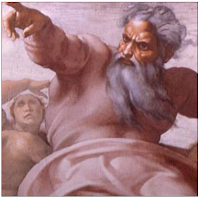 I did — twice on Sundays and on Wednesday nights as well. Then, whenever the fire-breathing evangelists came around, I had to go each night for two continuous weeks. “Church craziness” consisted of every religious activity you can imagine — Sunday services, revivals, prayer meetings, camp meetings, sunrise services, summer vacation bible schools, church camps, tent meetings, church picnics, and baptisms in the river. I was subjected to non-stop religious fanaticism.

Throughout my “church years” as a child in the 1950s, the preachers and evangelists constantly threatened the congregation with eternal damnation in the fires of hell. This nonsense terrified me. Tragically, religious fanaticism still flourishes.

We get sick because we have sinned

Let me tell you what the preachers had to say about sickness back then. This may astonish or even shock you.

To begin with, the preachers liked to rant and rave about the story of Job. As you may recall, the Biblical Book of Job details the anguish which Satan inflicts on a man named Job — with God’s full consent. In the story, Satan takes away Job’s children, property, wealth, and even his health. God allows Satan to do this in order to test Jobs’s obedience. Job endures terrible pain and suffering, but God does not intervene nor does He bother to explain to the devout Job why all of this is happening to him. Instead, God ignores Job’s appeals for help. As Job sits on a heap of ashes with his body covered by painful sores, his friends come to see him. He must have sinned against God and God is punishing him, his friends insist. Of course, the story of Job is just an allegory for life here in the physical world, but the preachers presented it as historical fact.

The preachers asserted that we get sick because we have sinned. There would be no sickness if man had not sinned, they proclaimed. The preachers loved to remind of us of our many sins — sins like drinking, smoking, dancing, going to movies, playing cards, wearing jewelry, and thinking about sex. We were born into sin, they insisted, and every single one of us was a sinner. God had created a perfect world for us, where neither sickness nor death existed. But Adam and Eve violated God’s prohibition against eating fruit from the tree of knowledge in the Garden of Eden where they dwelled. Apparently, this was an unpardonable act of disobedience. It led to "the fall of man" and the expulsion of Adam and Eve from the garden. Worse still, it brought disease and death into the world, and we have been suffering for this so-called "original sin" ever since.

The preachers offered a whole litany of explanations for why we must endure disease, suffering, and death. Here is some of what they had to say...

Either you have sinned or you have backslidden — meaning you were once close to the God but you have since fallen back into your old sinful ways. You are not living according to God’s laws.

You are unrepentant, and you have not confessed your sins. God is punishing you for your wickedness by withholding wellness from you. He is angry and has turned his back on you.

Sickness and other forms of suffering can be redemptive. Your suffering will earn you extra get-into-heaven points. In the meantime, God wants to test your devotion as he did with Job, to see whether or not you deserve His blessings. He allows the devil to tempt and torment you to prove your devotion to Him.

God is merciful but He can withhold the gift of healing until you earn it through your obedience. He expects you to be long-suffering. Sometimes He allows you to suffer so that His glory can be displayed when He eventually heals you.

He uses sickness to bring you and others to salvation. Your faith is strengthened through pain and suffering. If you bear your infirmities with courage and patience, with faith and hope, with gladness and joy, then you can be a witness to the ways of God. Thus, in sickness you are serving God.

We must plead with God to heal us

Of course, the preachers constantly reminded us that, to be healed, we had to “pray without ceasing.” You have to plead with God to cure you, they told us. If you pray and ask for healing in His name and according to His will, He will deliver you from your affliction. But if He doesn’t heal you, then it isn’t His will to do so. In other words, healing is God’s prerogative. If you aren’t healed, He doesn’t will it. Or perhaps you simply lack sufficient faith.

It was the apostle Paul who urged us to “pray without ceasing.” As you’ll recall, Paul wrote 13 of the 27 books in the New Testament — that is to say, the Christian Bible. Modern Christianity is based primarily on the teachings of Paul. Here is some of what Paul had to say about sickness in his writings: God sends sickness as one means of punishment. God allows us to be sick and sometimes refuses to deliver us from it. And suffering transforms us into God’s image. In other words, Paul taught that God uses sickness to (1) rebuke us, (2) sanctify us, and (3) display His glory.

According to the Christian fanatics, you must repent your sins and put your trust in your Lord and Savior Jesus Christ. If you don’t do this, then you will have an eternal death sentence hanging over you that is far worse than any illness or disease you might experience in this life.

A rejection of such nonsense
What can we conclude from all of this? We can conclude that the promise of God’s healing is conditional and depends on your obedience. The God of the church will provide for your wellbeing if you are faithful and will punish you if you are not. But healing is not guaranteed, even if you have been faithful and devout. Throughout the ages, millions of faithful Christians have suffered terribly, their prayers for physical deliverance unanswered.
The nonsense I was subjected to as a child in church upsets me to this very day. It was nothing less than religious brainwashing and psychological abuse. But it must have worked, just as the preachers said it would. I became a skinny, sickly child who suffered from one bout of influenza after another. Apparently, I was very bad. I became frightened and neurotic. Once, during a revival meeting, I had an accident in my pants, because I knew God would strike me dead right then and there if I got up to the bathroom during the service. The church-version of God left me profoundly troubled and confused.
As a young adult, I was able to reject this nonsense. I even became an atheist for many years. Not until my mid-40s did I discover that religion has nothing to do with spirituality. I awoke spiritually at that time in my life and learned that real spirituality is not based on fear of God’s wrath and the eternal punishment He might inflict on me. I learned that you don’t become ill because God is punishing you for your sins, nor do you become ill as a test of your faith and obedience. I became spiritual but not religious.

Except for weddings and funerals, I don’t set foot inside of churches. Why should I? In church, I would never find healing for the psychological trauma of my youth nor any physical sickness I might experience in life. Rather, the ability to heal resides within me. During his ministry, Jesus became most famous for his miracles of healing, and he himself said: “All that I do, you too shall do, and more.” ❖